Batteries are critical facilitators of many other technologies. They are integral to modern mobile lifestyles and the mass production of electric vehicles (EVs). Battery and energy storage technologies will be fundamental in the transition to renewable energy.

Listed below are the key technology trends impacting the batteries theme, as identified by GlobalData.

Due to lithium’s (Li) unmatched combination of lightness and high-energy density, Li-based batteries will dominate the sector for the foreseeable future. Recent advances in the energy density of lithium iron phosphate (LFP) batteries mean that LFP technology will compete increasingly with Li-ion batteries for electric vehicle (EV) and stationary storage applications. Tesla and BYD, among others, are basing some EV models on LFP batteries. 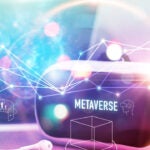 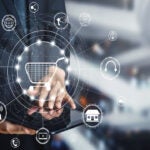 Meanwhile, Li-based batteries are eating into the near-term prospects for lead-acid batteries, which are much bigger and heavier, give off hazardous gases, and are less energy-dense in stationary storage and uninterrupted power supply (UPS) applications. Moreover, the next decade will see lead-acid’s primary market in starting, lighting, and ignition (SLI) systems for internal combustion engine (ICE) vehicles and hybrids increasingly eroded.

Battery cathodes, electrolytes, and anodes are made of cobalt (Co), nickel (Ni), flammable liquids, graphite, manganese (Mn), and Li in the main. Under pressure from rising costs, accessibility, and performance, notably safety pressures, the search is intensifying among cell makers and their component suppliers for ever more effective materials and chemical mixes.

The next two to three years will see Ni increasingly substituted for Co as the cathode stabiliser to break the dependence on costly supplies from the Democratic Republic of the Congo (DRC), even though Ni is not easy to extract and purify. In addition, there will be increasingly urgent efforts to replace flammable liquid electrolytes with ceramic, glass, polymers, or, ideally, silicon electrolytes working in tandem with silicon or Li metal modified anodes.

The silicon and graphene revolution

Silicon, along with graphene, is the favoured solid-state material of the future. Silicon atoms can theoretically store around 20 times more lithium than carbon atoms, resulting in a much higher energy density. But, in current battery prototypes, the silicon expands and breaks, causing short circuits. Therefore, silicon is not yet a suitable substitute for graphite anodes or electrolytes. However, working with BMW, Daimler, and China’s CATL, start-up Sila Nanotechnology believes it will have a solution ready for the commercial market by 2025. It uses spherical silicon particles, which allow the silicon to expand without breaking.

In 2017, the co-inventor of the Li-ion battery, John Goodenough, unveiled what some think could be the most interesting approach to electrolytes of all: glass doped with alkali materials such as Li or Na, so-called quantum glass.

The technology enables charging in minutes and does not build troublesome ‘spikey’ dendrites. Panasonic and Toyota are working together on it. QuantumScape, which floated via a special purpose acquisition company (SPAC) in 2021, is expected to enter the market at scale with batteries based on the technology by 2025.

In July 2021, CATL announced that it expects to bring sodium-ion batteries to market by 2023 as a cheaper, if less power-dense, alternative to Li-ion batteries. Sodium (Na) is 100 times more abundant than Li and is easier and cheaper to extract and purify. Na ions are larger than their Li counterparts, making them more demanding regarding structural stability and the battery materials’ kinetic properties.

CATL has developed a hard carbon anode material enabling abundant storage and the fast movement of Na ions back and forth through a molten salt electrolyte with a Na metal oxide cathode. This means the whole system is made of plentiful materials such as iron (Fe) and manganese (Mn) rather than Co and Ni. The batteries promise high energy density, fast charging, and better overall performance in low-temperature environments for a low price.

It is not just Na-ion batteries that will hit the market from the left field soon. For example, by 2023, liquid metal batteries will be competing with Li-ion and lead-acid batteries for a range of stationery storage applications, notably to integrate more wind and solar energy into grids. Liquid metal batteries use liquid calcium (Ca) anodes, antimony (Sb) particle cathodes, and molten salt electrolytes to yield cost, operational, and safety advantages over Li and lead-acid-based technologies.

Tesla hopes its big 4860 tabless battery cells, expected to be in commercial production by 2024, will be revolutionary. The putative breakthrough is based on the elimination of tabs. These metal components are added to batteries to enable them to connect to whatever they are powering externally. The current problem is that production lines have to be paused to add the tabs, and the process can damage the cells. Tesla says it has found a way to embed the functions of tabs in the internal anode and cathode collector foils, thus eliminating the need for an attached component, streamlining the production process, and making it less prone to yield faulty products.

Solid-state batteries are inching closer to commercialisation. They typically use ceramics and solid polymers in their electrodes instead of the liquids and polymer gels currently used in Li-ion batteries. As a result, they will reduce batteries’ flammability and their liability to short circuit, and substantially increase the number of charging cycles a battery can handle over its life.

Several solid electrolytes are being investigated, including plastic polymers, ceramics, glass, silicon, silicon-graphene compounds, garnets, and perovskites. However, advancements in battery technology are incremental and slow. There are over 100 companies and institutions working in solid-state battery development.

The difficulty of developing end-user-ready solid-state batteries was illustrated by Dyson’s abrupt closure of its EV project in 2019, which was partly predicated on success in developing solid-state battery technology. Toyota has admitted to ongoing difficulties developing the technology, and Bosch has ceased activity in the field. A lead investor also pulled the plug on MIT spinout Pellion Technologies’ solid-state magnesium-ion project.

Japan and South Korea have long championed hydrogen for clean transport and electricity supply applications. However, the technology has largely remained confined to these two countries to fuel cars. There have been only limited buildouts of hydrogen fuelling station networks, partly due to public concerns about their safety. There are also problems of cost and producing green, rather than blue or grey, hydrogen. However, the UN-sponsored Green Hydrogen Catapult Initiative aims to improve technologies and boost volume sales to bring down green hydrogen costs.

Led by Skeleton Technologies, Hawa, Murata, Panasonic, and previously Tesla-owned Maxwell, the drive is on to close the energy density gap with batteries and merge the two technologies to form a dream team for applications requiring the best of both. Several projects are underway to use carbon nanotubes to improve charge holding capacity.