The unpredictability of the coronavirus is such that retailers, who only a week ago were concentrating on moving production out of China, now have even greater worries: that the spread of the disease may lead to weakening of demand. Already, Mark Carney, the governor of the Bank of England, has warned that the virus could lead to a downgrade in economic growth.

While the energy and travel sectors have been hit hardest, retail share prices have also tumbled in the last two weeks. At first there was a clear bias towards those known to have high exposure to China, either in terms of its retail presence there (for example, Burberry) or concentrating manufacture there (for example, Joules), however, in the last few days all retail shares have been affected as the risk is now on a different scale. There is a fear that the restriction of economic activity caused by the virus could cause a global recession.

In regards to the immediate impact on retailer operations, supply chain issues are still critical and the virus has shown the importance of having flexibility and back-up plans that allow for the relocation of manufacturing. There is a concern though, that by moving manufacture away from China, companies could end up running into the same issues eventually anyway, only in countries less able, or willing, to address the crisis.

Getting stock to the shops is one issue, but it becomes much worse if shoppers are disrupted from getting to stores to buy it. Rolling news media cannot help but cause panic in some sections of society, and however much we may rationalise that the threat is currently minimal in the UK, and the death rate relatively low, many are likely to be put off travelling on public transport and congregating in busy public places like shopping centres as the crisis unfolds. Medical experts expect the disease to spread more widely through the population, so it is feasible that such a reluctance to shop will spread, and if major outbreaks occur, there could be enforced sabbaticals, as people are quarantined. 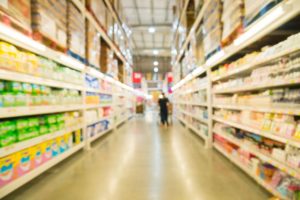 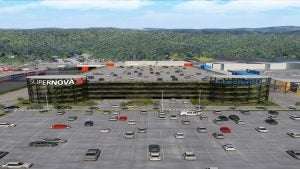 While some panic buying may occur in food and grocery, not even the extra time spent at home will convince some to replace non-essential shopping trips with online purchases, and the fear of coronavirus is likely to be strongest with the older age groups (who have been shown to be at a much higher risk of death on catching the virus), and are less interested in online shopping.

Friday was the worst day for UK retail stocks since the crisis began, with all 45 retailer stocks we track down on the day. Investors punished the smallest market capitalisations the most, indicating that they are worried that coronavirus could cause terminal damage to the weaker players.

While the extent of the impact of the virus is unknown, what is absolutely certain is that when retailers deliver their next sets of financial results, coronavirus will replace the weather as the best excuse to hide all manner of poor retailing behind.