UK supermarket chain Morrisons’ much talked about paper bag scheme will be rolled out in all its stores next month, but is it as green as it seems?

Morrisons is responding to customers’ concerns which highlight the desire to reduce their plastic consumption.

The retailer said it is attempting to provide a greener alternative to plastic carrier bags in the form of strong paper bags and brown paper bags for loose produce. The carrier bags would retail at 20p, the same price as their plastic bags.

However, a study by The Northern Ireland (NI) Assembly suggests that the paper bag movement isn’t as green as it may seem. 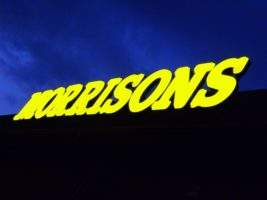 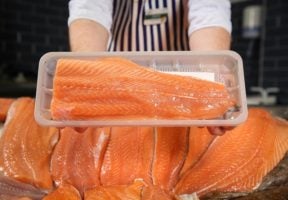 Manufacturing paper bags requires considerable energy and chemicals to bind the wood. The production process releases greenhouse gases and finally the disintegration of the bags releases toxins back into the food chain.

The move from Morrisons shows that supermarkets are listening to environmental concerns and acting upon them. This has also been shown in the retailer’s efforts around waste reduction.

However, from an operational perspective, an increase in paper bag usage would increase harmful emissions, as it takes seven times more lorries to deliver the same amount of paper bags than one lorry of plastic bags would contain, the 2019 NI Assembly study showed. Plastic bags are a by-product of oil or gas refining from fuel, which means less resources are invested in creating it.

While the need for increased recycling and finding a solution to plastic pollution need not be restated, it does make environmental sense to use a by-product. Cutting down part of a forest and contaminating more resources for a paper bag, which will not be as reusable, may not be the best alternative.

More ecologically sound alternatives are already available and in use: canvas or hemp bags.  They are initially more expensive for customers (RRP £1 on average), but supermarkets could subsidise or give vouchers as an incentive for each bag used to be affordable for consumers. While they also require more lorries for transportation compared with plastic bags, they are not single use.