International sandwich chain Pret A Manger has bought rival EAT and plans to turn the stores into “Veggie Prets”.

Currently, only four of Pret’s 400 stores are vegan as they have been developing the concept in London and Manchester since their first vegetarian store opened as a pop-up in 2016.

With sustainability issues coming under the spotlight due to growing consumer awareness, dietary trends are being increasingly influenced.

Despite the number of consumers reporting to be strictly vegan or vegetarian still relatively low, the number of global consumers following a “vegan/vegetarian/low meat diet” was 30%, according to GlobalData’s Q3 2018 consumer survey, 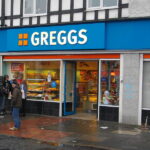 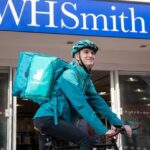 Alongside this, consumer demand for on-the-go food products remains high because people lack the time to eat full meals at traditional times and in conventional environments such as the home. As such, consumers are looking for prepared food options that they can easily consume during their commute to and from work, or in the time they get between tasks in their busy schedules.

However, consumers are looking for convenience without compromise. Consumers are looking to maintain the quality of the products they purchase but for faster and easier solutions. Many are frequently looking for products and services that are local to them and cater for their individual needs including their increasing awareness of health and sustainability issues.

Clive Schlee, chief executive of Pret A Manger, said: “We have been developing the Veggie Pret concept for over two years and we now have four hugely successful shops across London and Manchester. The acquisition of the Eat estate is a wonderful opportunity to turbocharge the development of Veggie Pret and put significant resources behind it.”