SoftBank has confirmed that US retail major Walmart reached a final agreement to buy majority stake in India-based online retailer Flipkart for $15bn.

SoftBank CEO Masayoshi Son was quoted by news agency AFP as saying: “Last night, (they) reached a final agreement and it was decided that Flipkart will be sold to America’s Walmart.”

Reportedly, Walmart will acquire around 70% to 75% stake in Flipkart , which would take the value of the online retailer to around $20bn. 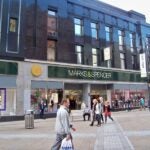 View All
“Last night, (they) reached a final agreement and it was decided that Flipkart will be sold to America’s Walmart.”

The deal will see Walmart and Amazon, which has been expanding with an aggressive push since it entered the Indian market in 2013, compete against each other in one of the world’s fastest-growing markets.

Although Flipkart is a major player in terms of sales in the Indian online market, Amazon has been posing a huge challenge to its growth.

Due to greater access to internet, Indian consumers are opting for online shopping, with sales touching around $20bn in 2017. The one billion plus population of India also proves to be a lucrative market for overseas players such as Walmart.

Amazon chief Jeff Bezos has already made a commitment of investing over $5bn in the Indian market after it could not penetrate into China with the same pace as it did in India. Alibaba continues to be the major player in China.

SoftBank , which bought its stake in Flipkart for $2.5bn in 2007 through its Vision Fund investment unit, will exit the online retailer once the transaction is finalised. The divestment will fetch SoftBank $4bn.

Tiger Global Management and Tencent Holdings will continue to remain on the board.

Flipkart was founded in 2007 by two former employees of Amazon, Sachin Bansal and Binny Bansal.

It is not known how much stake Binny Bansal, who currently has a 5.25% share in the company, will hold post transaction. However, according to reports, Sachin Bansal is likely to sell his 5.5% stake in the company for $1bn.