UK online retail has witnessed a 16.8% year-on-year growth in the first half of this year despite extreme weather events, as per the Capgemini IMRG eRetail Sales Index.

This is in contrast to the sustained downturn reported on the high-street so far this year, from February to June.

E-retail has witnessed the highest average first half YoY growth since 2011, which is above the five-year average of 14.1%.

The first half average basket value was seen at its highest for the ten-year period at £94, and again is more than the five-year average of £85. 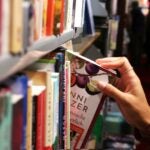 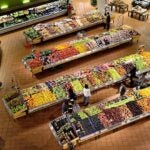 Even though the UK was affected by extremely cold weather in the first quarter of the year, online retail increased by 15.3% YoY between January and March, with the reduced high street visits driving shoppers to online spending.

When the weather improved and the UK saw some unseasonably hot weather in April, online retail sales had an 18.2% (YoY) growth between April and June.

Certain sectors were especially benefitted from the unpredictable weather.

Garden category experienced a YoY growth of 24.9% overall, which is its strongest first-half since 2014, with a 33.7% increase in the warm months of April to June.

The apparel segment consistently grew during the year so far, posting a 16.3% YoY growth in the first quarter and a 17.8% YoY increase in the second quarter for an average of 17.1%.

The health and beauty sector saw its best growth during the wintry months of the first quarter, with 18.6% YoY increase. It was also robust during the second quarter (16.8% YoY) to give it a total YoY growth of 17.7% from January to June.

“The apparel segment consistently grew during the year so far, posting a 16.3% YoY growth in the first quarter and a 17.8% YoY increase in the second quarter.”

Even though there has been an impressive growth of online retail, conversion rates for e-retailers actually dropped overall every month with the exception of May. This could be attributed to the continued trend of e-shopping through smartphone devices, which are representing a larger share of total online sales, but feature lower conversion rates. Spending on smartphone devices increased by 39% against 2017 during Q2, although growth rates are beginning to slow as this channel achieves maturity.

IMRG strategy and insight director Andy Mulcahy said: “The performance for online sales in the first half of the year has been a lot stronger than anticipated.

“There are a number of factors that may be influencing that – the extreme weather events (both hot and cold), the Royal Wedding, World Cup etc – and it might be possible that the feel-good elements associated with some of those events have encouraged people to spend a bit beyond their means.

“This could mean that we see a pinch on shopper spend as we move through Q3, though the weather in July has been incredibly hot, which may lead to an imbalance in online retail growth between the first and second halves of the year.”

IMRG is a membership community comprising businesses of all sizes – multichannel and pureplay, SME and multinational, and solution providers to the industry.