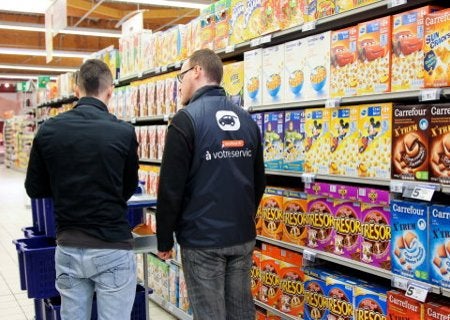 PT Carrefour Indonesia, a part of French retail giant Carrefour, plans to set up between five and ten new outlets this year to support the firm's growing retail business in the nation.

Most recently, the company has unveiled a new outlet in the Solo Paragon Mall, Surakarta, Central Java and plans to open a new store in Pekan Baru, Sumatera.

PT Carrefour Indonesia corporate affairs director Adji Srihandoyo told Jakarta Post that after focusing in Java over the past several years, the French retailer plans to build more stores outside Java particularly in eastern parts of the country.

"This year we will not only focus on expanding our network of stores in Java but also in eastern Indonesia," Srihandoyo said.

"We have plans to expand our business outside Java. However, there are so many components that we have to consider when we are about to open a new store, such as the population, product distribution, human resources and local regulations," Hamid said.

In 2010, 40% of shares in Carrefour Indonesia were bought by the CT Corporation through Chairul Tanjung owned company Trans Ritel.

Tanjung has shown an interest in buying the remaining 60% of shares, which are owned by Carrefour SA, Carrefour Nederland BV and Onesia BV - 39%, 9.5% and 11.5%, respectively.

The company plans to assist 100 cooperatives and SMEs in seven cities in Indonesia, as part of its 2012 corporate social responsibility program, which will kick off on 18 April.

Hamid said Carrefour France had injected EUR62,925 of funds for a capacity-building program of cooperatives and SMEs so that they will be able to produce better quality products.

Carrefour has opened 85 retail outlets since its entry into Indonesia in 1996.

Of the 85 outlets, nine are located outside Java; four in Makassar, two in Medan, two in Batam and one in Palembang.