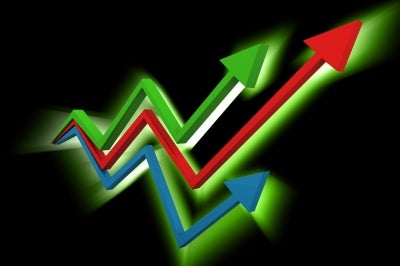 Retail sales volume increased in both euro area (EA17) and European Union (EU27) in May 2012, after a 1.4% decrease in both zones, according to the data released by European Union statistical office, Eurostat.

The volume of retail trade moved up 0.6% in both euro area and EU27 in May, compared to the previous month.

On a monthly basis, food, drinks and tobacco sales increased 0.2% in both euro area and EU27 in May, after recording decline in April.

Among the member states for which data are available, total retail sales grew in 16, remained unchanged in Denmark, and fell in four.

Among the member states for which data are available, total retail sales grew in 12 and fell in nine, year-on-year in May.

The highest increases were recorded in Estonia, Latvia and Romania, where sales were up by 10.4%, 7.4% and 5.9%, respectively.

The largest decreases were seen in Malta, Portugal and Spain, where sales were down by 7.3%, 5.1% and 4.8%, respectively.

Image: Food, drinks and tobacco sales rose 0.2% in both euro area and EU27 in May. Photo: FreeDigitalPhotos.net