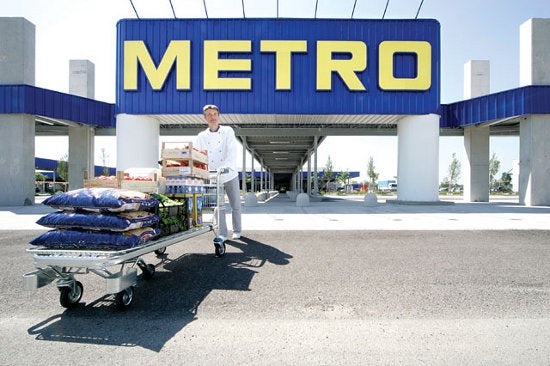 Germany-based retail major Metro Group has agreed to sell Makro UK to British food wholesaler Booker Group, resulting in the formation of a strategic partnership between two companies in the UK.

Booker will acquire all 30 UK stores and all operational assets of Makro UK, Metro’s cash & carry division, in a deal valued at £139.7m.

As per the deal, German group Metro will receive 9.99% of Booker’s current issued share capital plus £15.8m in cash.

In addition, Metro plans to hold this stake beyond the lock-up period of one year, becoming a significant Booker shareholder with the aim of fostering a strategic partnership built on competence sharing to mutual benefit.

Booker CEO Charles Wilson, commenting on the deal said, "We see a perfect fit between both businesses as Booker focuses on caterers and independent retailers, while Makro, with its self-service wholesale, focuses on hotels and restaurants as well as small service companies."

The Wellingborough-based group intends to keep the Makro brand for the time being, in addition to developing a growth strategy for the self-service wholesaler.

"We look forward to working with the people at Makro to jointly improve our services and offerings to retailers, caterers and small- and medium-sized businesses in the UK," Wilson said.

The two firms plan to evaluate and explore other areas of co-operation such as assortments, buying, supply chain management, marketing, own brands and customer services within applicable laws.

The transaction, which is subject to approval by Booker shareholders, is likely to be completed by the end of July 2012.

Is social media ecommerce on the rise? Industry experts respond

Registration is disabled.
We use cookies to ensure that we give you the best experience on our website. If you continue to use this site we will assume that you are happy with it.Ok