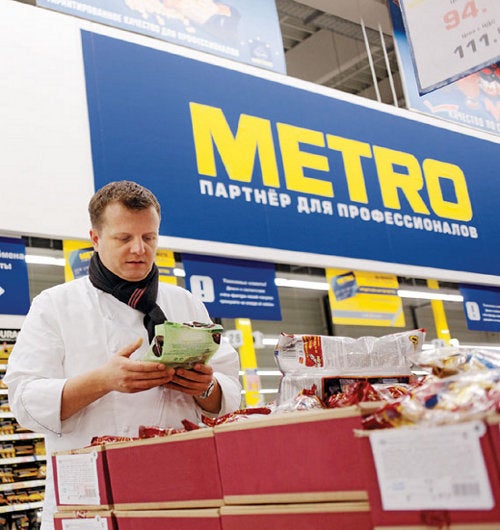 German retail group Metro has launched its first convenience store (c-store) format in Russia under ‘Fasol’ banner, as part of a trial in the country.

Metro Group spokesperson told just-food.com that the new format has started with the opening of two c-stores in St Petersburg, Russia.

"During this testing phase, the franchise programme will be open to customers already involved in the ‘School of Trade’, an initiative launched in 2009 by Metro Cash & Carry Russia aimed at strengthening small shops’ competitiveness through a series of training courses for knowledge and experience sharing.

"The company will then analyse the developments and results of the franchise programme before deciding on further steps."

The company intends to set up around 15 Fasol shops as part of the trial by the end of 2012, in St Petersburg and Rostov-on-Don.

Metro, which operates a c-store, non-franchise format in Russia under the Punct banner, said the stores will be operated by its owners and not by Metro Cash & Carry.

Owners will not have to pay a franchise fee or other lump sum to join the programme, provided they fulfill the contractual commitments, mainly related to assortment.

The German retailer will support the Fasol shops, which will have sales floor space of 50-150m², in assortment building, pricing and promotion, store layout and branding, as well as consulting, training and IT solutions.