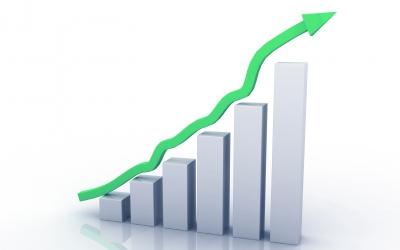 Hong Kong retail sales value surged 15.7% to HK$33.79bn ($4.35bn) year-over-year in February, according to the data released by Census and Statistics Department.

After netting out the effect of price changes over the same period, the volume of retail sales jumped 10.1% in February.

On an annual basis, sales value of supermarkets and departments stores advanced 5.5% and 8.8%, respectively, in February from the year over period.

Food, alcohol and tobacco sales value grew 7.4% year-on-year in February, while their volume of sales decreased 2.9%.

Both sales volume and value of fuels grew 10.6% and 20.2% in February, compared to the same month a year earlier.

On an annual basis, value of sales of jewellery, clocks, watches and valuables climbed 14.4% in February, while sales volume rose slightly to 3%.

Sales value of clothing and footwear jumped 11.8%, while their sales volume grew 5.8% in February from the year over period.

Year-over-year, sales volume of miscellaneous consumer durable goods surged to 78.7% in February after rising 89.4% in January.

During the same period, value of sales of miscellaneous consumer durable goods was up 74 % in February after surging 82.5% in January.

Sales value of motor vehicles and parts jumped 39.2% in year-on-year in February, after declining 14.6% in January.

Volume of sales of motor vehicles and parts climbed 30% in year-on-year in February after falling 20% in the previous month.

In the first two months of 2012, total retail sales increased 15.2% in value and 9.5% in volume over the same period a year earlier.

On the seasonally adjusted basis, the volume of total retail sales slightly rose 0.3% in the three months ending February 2012, compared with the preceding three-month period.

Image: On an annual basis, sales value of supermarkets and departments stores advanced 5.5% and 8.8%, respectively, in February from the year over period. Photo:jscreationzs