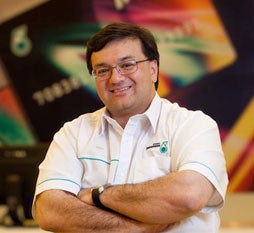 The firm announced earlier this month that it will buy six companies belonging to Petronas in the Philippines, Vietnam, Thailand and Malaysia in a deal worth RM197.3m ($62.31m).

Petronas Dagangan managing director and chief executive officer Amir Hamzah Azizan was quoted by The Malaysian Insider as saying to Reuters that the company needs to build new engines for growth.

"The company plans to raise its retail presence in Malaysia by adding another 74 stations to its existing 970 and by expanding its lubricant business to carmakers and high-street dealers," Amir added.

"Touch wood, we can pass the 1,000 stations mark this year, and become the market leader in all segments over the next four years."

Azizan said that the firm is interested in potential acquisition targets in Myanmar and Indonesia, and also added that the Malaysian market is expected to become saturated over the next four years.

Petronas Dagangan generated revenue of MYR6.85bn ($2.16bn) in the first quarter, a 7.4% higher compared to year-ago quarter, on the back of higher selling price and volume.

Petronas Energy Philippines operates a network of 60 autogas stations across the country as well as storage and bottling facilities in Davao, Danao, Iligan and Iloilo.

PDB provides products and services in all its four businesses of retail, commercial, liquefied petroleum gas (LPG) and lubricants.