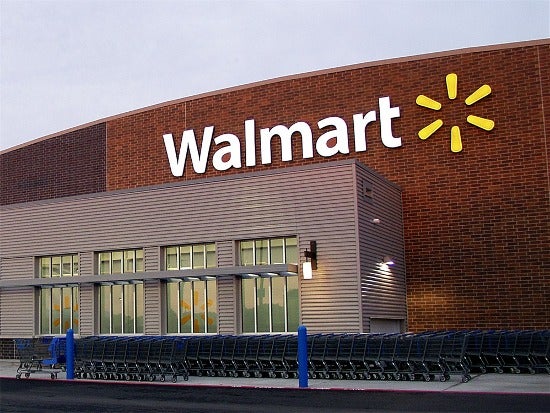 US-based major retailer Walmart Stores has posted an 8.6% increase in net sales to $112.3bn in the first quarter of fiscal 2013, compared to $103.4bn in the same period of previous fiscal year.

The retail giant said Brazil, Mexico and the UK had the strongest overall sales growth during the reporting quarter.

Net sales for Sam's Club, excluding fuel, rose 7.1% to $12.1bn in the first quarter from the same period of last year, while Sam's membership income grew 2% over last year.

Walmart US operating income climbed 8.1% for the quarter, due primarily to higher sales, aided by the firm's price investment strategy, continued focus on productivity and expense management.

Sam's Club operating income during the first quarter increased 7.7% and the impact of fuel was minimal.

Income from continuing operations attributable to Walmart totalled $3.7bn, up 9.2% from the first quarter of previous year.

Membership and other income increased 3.2%, excluding $51m from the sale of an investment owned by Walmart Chile during the previous year's same quarter.

In the 13-week period ended April 27, 2012, both traffic and ticket rose for Walmart US and all merchandise units delivered comparable sales growth except entertainment, which continues to experience price deflation.

Comparable traffic and ticket, excluding fuel, increased for both Business and Advantage members of Sam's Club in the 13-week period.

Walmart claims to serve customers and members more than 200 million times per week at 10,231 retail outlets under 69 different banners in 27 countries.

The retailer, which had sales of $444bn in fiscal 2012, employs more than 2 million associates worldwide.