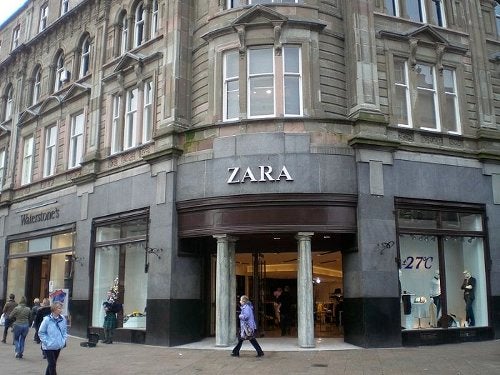 The company said that the net sales surged in all geographic areas including Spain, the rest of Europe, the Americas, Asia and the rest of the world.

During the year, the firm has unveiled stores in 49 markets, including five newer countries – Australia, Azerbaijan, Peru, South Africa and Taiwan.

The retailer’s international expansion included 132 openings in China, 30 of which were Zara outlets; Zara passed the 100-store mark in the country.

Inditex’s two other concepts, Oysho and Zara Home, opened 17 and five stores respectively in 2011, bringing the total number of Inditex locations in China to 275.

In Europe as a whole, the firm has set up 233 new stores, including the first Oysho in Ukraine, the first Bershka and Zara Home stores in Germany, the first Pull&Bear in the Netherlands, and the first Massimo Dutti in Lithuania.

By September 2011, all of the Group’ formats had online stores, however, Zara is expected to begin offering its fashions online in China during next winter season.

As for full-year 2012, the firm plans to grow its total number of retail outlets by between 480 and 520 globally, which includes the Zara store opened recently in New York City.

Is social media ecommerce on the rise? Industry experts respond

Registration is disabled.
We use cookies to ensure that we give you the best experience on our website. If you continue to use this site we will assume that you are happy with it.Ok