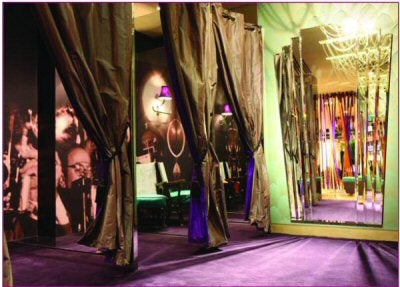 During the reporting period, average retail square footage grew 12% to 259,936ft² from 232,157ft² in the corresponding period a year ago.

In the 19-week period, the firm opened additional concessions in the US, Spain and Ireland, in addition to opening a new store on the Brompton Road in London.

Ted Baker has continued to expand into new international markets and opened its first store in Tokyo, Japan, and new concessions with department stores in the Netherlands and South Korea.

In the reporting period, wholesale sales were up 8.9% above the same period last year, primarily driven by the continued growth of our US wholesale business.

The brand’s new licensed store openings are planned in Indonesia and Malaysia later this year.

Ted Baker founder and chief executive officer Ray Kelvin said the group has made a good start to 2012, despite continued uncertainty in the trading environment.

"We continue to develop the Ted Baker brand in the UK and overseas," Kelvin added.

"We opened a new store on the Brompton Road, London last week, and have exciting international store openings planned for the coming months, including Fifth Avenue, New York, Harbour City, Hong Kong and our first stores in Toronto, Canada, along with Beijing and Shanghai, China."