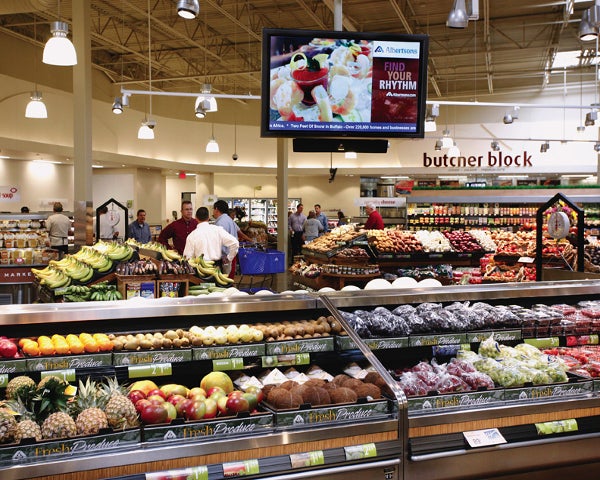 The retailer is committing to have 300 stores divert 90% or more of their waste from local landfills by the end of the fiscal year ending 23 February 2013.

Recently, the grocer had transitioned 54 stores to 90% waste diversion during the year ended 25 February 2012, exceeding its original target of 40 locations.

Supervalu’s majority of efforts around waste diversion have been focused in its Albertsons stores, however, the work has also been aggressively expanded to Jewel-Osco and Shaw’s.

Last year, the company has donated over 54 million pounds of food through the Fresh Rescue program, equivalent to about 45 million meals using the USDA conversion of 1.2 pounds per meal.

"A key part of our effort to eliminate waste is SUPERVALU’s Fresh Rescue program, which provides significant donations of fresh meats, produce and vegetables to our community partners," Herkert said.

"This is a vital part of serving our neighborhoods, helping put to good use food that might have otherwise ended up being wasted."

The grocer reduced garbage expenses costs by $3.4m and grew recycling income to over $36m, as well as increased 98% in mixed paper recycling, 55% in hard plastic recycling, and 293% in the number of stores composting or diverting organic material.

SuperValu, which has annual sales of over $35bn, operates a network of 4,300 stores, comprising 1,102 traditional retail stores, 1,332 hard-discount stores and 1,900 independent stores.