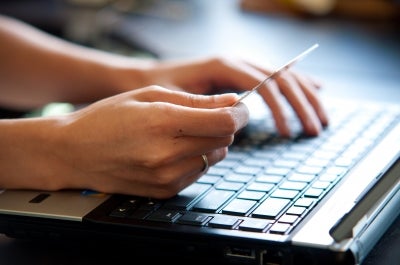 The company reported second quarter net income on a non-GAAP basis of $730m, up 16% year-over-year, primarily due to strong top-line growth partially offset by increased investment in the shopping experience and the impact of acquisitions.

Marketplaces GMV, excluding vehicles, rose 10% year-over-year to $16bn in the second quarter, while revenue moved up 9%, driven by strong growth across all regions.

PayPal delivered a strong performance, ending the quarter with 113.2 million active registered accounts, a 13% increase over the second quarter of 2011.

PayPal revenue soared 26% year-over-year, driven primarily by increased penetration on eBay as well as continued merchant and consumer adoption and strong growth in its Bill Me Later service.

"And mobile continues to be a game changer," Donahoe said.

"We now expect eBay and PayPal mobile to each transact $10 billion in volume in 2012 — that’s more than double 2011, a staggering surge in mobile shopping and payments on devices that did not exist just a few years ago.

"Retail is at an inflection point, and we are helping to reshape how people around the world shop and pay."

Retail Sales of Online Retailers in the United States: Market Size, Growth and Forecast to 2020

Retail Sales of Online Pureplay in Egypt: Market Size, Growth and Forecast to 2021

Retail Sales of Online Retailers in Egypt: Market Size, Growth and Forecast to 2020

Ahold Delhaize aims to reduce CO₂ emissions by 37% by 2030