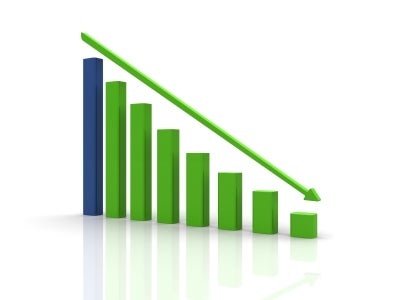 Sears Holdings has reported net loss of $132m from continuing operations attributable to the company for the second quarter of 2012, which was slightly less than the $146m loss incurred by the company in the corresponding quarter in 2011.

Lower domestic comparable store sales for the quarter and the effect of having fewer Kmart and Sears Full-line stores in operation primarily contributed to the decline in revenue in the second quarter.

The decline is due to decrease in consumers sales affected by price compression, decline in lawn and garden due to drought conditions, lower clearance sales activity primarily in the apparel categories, and decrease in pharmacy sales to a conversion of brand name drugs to equivalent generic drugs.

"We have also successfully lowered inventory, reduced debt from year end, and enhanced our liquidity. In addition, the Sears Hometown transaction remains on track to close in the third quarter," D’Ambrosio added.

"While we drive operational discipline, we are also investing in our customer experience, particularly through our ShopYourWay membership program and Integrated Retail."

"For the first half, our domestic adjusted EBITDA has increased $250 million over the prior year. We have outperformed our previously announced cost reduction targets by reducing domestic expenses by over $300 million, some of which flow through cost of goods sold," Schriesheim added.

The company is progressing towards closing the Sears Hometown and Outlet Store transaction, which is expected to raise $446.5m in gross proceeds, and the partial spin-off of its interest in Sears Canada to the shareholders.

"We expect to close the Sears Hometown and Outlet Store transaction in the third quarter of 2012 and complete the Sears Canada partial spin-off in the second half of 2012," Schriesheim said.

Image: Lower domestic comparable store sales, and the effect of having fewer Kmart and Sears Full-line stores in operation contributed to the decline in revenues. Photo: FreeDigitalPhotos.net

Electricals Retailing in Austria - Market Shares, Summary and Forecast to 2023

Electricals Retailing in Malaysia - Market Shares, Summary and Forecast to 2022

Electricals Retailing in Austria - Market Shares, Summary and Forecast to 2022