Reuters reported that the dispute has led to staff walkouts at all eight of Amazon’s logistics centres in France.

The protest began after the joining of workers at the company’s Boves centre in northern France on 5 April, according to a union representative.

It is related to the overall annual pay rise Amazon has offered to its employees. 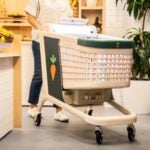 The e-commerce giant has offered a 3% rise, while unions say a 5% increase should be the minimum.

A group representing unions has reportedly agreed not to hold talks on any offer below 5%.

These unions are due to meet with the management of the logistics centres on 14 April to discuss the matter.

CFDT union representative Morgane Boulard said that 1,200 members of staff have joined the walkout protest since it began on 4 April.

An Amazon Logistics spokesperson said that the scale of strike action was limited and had ‘no impact on the daily operation of the sites’.

Reuters quoted Amazon France as saying: “Within the framework of annual salary negotiations, we proposed wage increases that were above the average (increase) of the Transport and Logistics branch, as well as other advantages, and these issues are still being discussed.”

The protest comes a few days after a labour drive at an Amazon warehouse on Staten Island, New York, led to the creation of the company’s first US union.

Last month, the retailer announced an investment of more than $100m to develop its first fulfilment centre in Istanbul, Turkey.