NinjaCart closed a $100m financing round, which was led by New York-based investment firm Tiger Global Management, according to a report by Economic Times.

Hedge fund SteadView Capital also invested into the supply chain platform in the financing round.

Sources close to the matter told Economic Times that the talks may not eventually materialise into a deal. 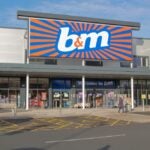 News
B&M thrives through Omicron despite lack of e-commerce 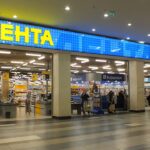 Amazon, which is yet to expandvinto the fresh produce market, already sells select groceries through Amazon Now and Amazon Pantry.

“Sources close to the matter told Economic Times that the talks may not eventually materialise into a deal.”

Amazon injected Rs2bn ($286m) into the food-only retail business in the country and has committed to pump in $500m into the food retail segment.

According to the online retailer, it expects groceries and consumables to contribute to more than 50% of its business over the next five years in the country.

It claims to source fresh vegetables and fruits from more than 170 villages and works with over 12,000 farmers across India.

Ninjacart has raised over $140m in funding so far.

In March 2018, Amazon India announced its plans to encourage sellers on its platform to focus more on their local markets, to deliver products cheaper and faster to customers, especially in categories such as apparel and groceries.

The e-commerce retailer brought in several changes to its seller fee structure, making it cheaper for sellers to ship locally to increase delivery speed and encourage more customer sales, while increasing costs of regional and national shipping.

Amazon reduced the fees for selling on the platform by up to 70% in categories, such as daily essentials and apparel but increased fees by up to 50% for items, such as shoes, home improvement accessories, power banks and chargers.