US-based homeware retailer Bed Bath & Beyond has reported net sales of $1.46bn in the first quarter of the fiscal year 2022 (FY22), down by 25% from a year earlier.

During the three months to 28 May, comparable sales in the company’s stores and online channel declined by 24% and 21% respectively from the corresponding period of FY21.

Comparable sales for the Bed Bath & Beyond banner decreased by 27%, while those for its buybuy BABY business dropped in the mid-single digits. 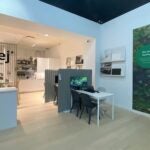 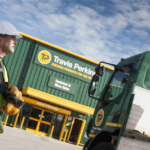 In a separate development, Bed Bath & Beyond has appointed Sue Gove, an independent director on the company’s board of directors and chair of the board’s strategy committee, as its interim chief executive officer.

Sue Gove said: “I step into this role keenly aware of the macro-economic environment.

“In the quarter, there was an acute shift in customer sentiment and, since then, pressures have materially escalated.

“This includes steep inflation and fluctuations in purchasing patterns, leading to significant dislocation in our sales and inventory that we will be working to actively resolve.

“The simple reality though is that our first quarter’s results are not up to our expectations, nor are they reflective of the company’s true potential.”

Earlier this year, Bed Bath & Beyond announced plans to close 37 locations across 19 US states by the end of the year.