Earlier this month, Boots completed a test flight delivering prescription medicines from Portsmouth to the Isle of Wight.

The company launched uncrewed aerial vehicles (UAVs) from the British Army’s Baker Barracks on Thorney Island near Portsmouth, which later arrived at St Mary’s Hospital on the Isle of Wight.

Boots collected the medicines and transported them to its pharmacies across the island, from which they were distributed to patients with prescriptions. 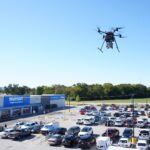 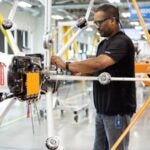 The flight made Boots the first community pharmacy in the UK to deliver prescription medicines by drone.

The UAVs are designed and developed by Skylift, a company selected by Apian to be the project’s drone operator partner.

The largest drones used for delivery each have a wingspan of 5m and can carry up to 20kg of payload.

The drones will be based at the British Army’s Baker Barracks on Thorney Island and operated by professional drone pilots.

The companies secured permission to operate UAVs to fly in segregated airspace between Baker Barracks on Thorney Island and St Mary’s Hospital’s helipad on the Isle of Wight from the Civil Aviation Authority.

Boots chief information officer Rich Corbridge said: “Drones have huge potential in the delivery of medicines, and it is incredibly exciting to be the first community pharmacy in the UK to transport them in this way.

“An island location like the Isle of Wight seemed like a sensible place to start a trial of drones and their value to the delivery of medicines to more remote locations is very clear.

“In this trial, we will be looking at how much time we can save, as well as how we can incorporate drones into our medicines supply chain to create economic efficiencies too.”