Global beauty company Coty has reported that its net revenue on a reported basis for fiscal 2022 (FY22) was $5.30bn, growing 15% compared to the prior year.

Coty’s net income from continuing operations attributable to common shareholders was $55.5m on a reported basis, against a net loss of $166.3m in the prior year. 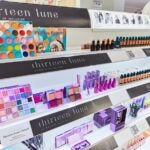 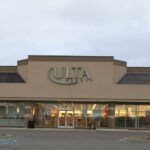 The company reported an operating loss of $77.4m in 4Q22, while adjusted operating income increased to $65.1m from $45.3m in the prior year period.

Coty CEO Sue Nabi said: “Today marks the end of another successful year at Coty as we continued to make significant progress strategically, operationally and financially. We have also demonstrated the sustainability of Coty’s turnaround in the business by delivering eight consecutive quarters of results in-line to ahead of expectations.

“While the external environment became increasingly complex through the year, Coty proved resilient through operational excellence that enabled us to surpass our guidance and deliver double-digit sales and EBITDA growth. We have generated sales growth in both Q4 and FY22 that is well above the underlying beauty market and among the best in our competitive set.

“I am also pleased to say that we continued to make strong progress across each of our strategic pillars. Starting with Consumer Beauty, the business continued to gain market share globally during Q4, marking eight consecutive months of expanding market share.”