Clothing and accessories retailer Gap has revealed plans to reduce its store footprint by about 350 stores by 2024.

Under this plan, the retailer intends to close roughly 30% of Gap and Banana Republic stores. It includes 220 Gap stores and 130 stores from Banana Republic.

The announcement was made at a virtual investor meeting during, which it detailed its ‘Power Plan 2023’ strategy. 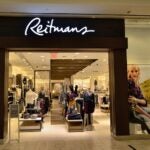 Additionally, the company expects to generate about 80% of its revenue from e-commerce and off-mall locations.

“We’ve used the past six months to address the real estate issues and accelerate our shift to a true omni-model.”

The restructuring is in response to the shift in the retail environment and changing consumer behaviour due to the impact of coronavirus pandemic.

Earlier this week, Gap provided an update on its European business.

As part of its strategic review, the retailer is exploring the possible closure of its company-operated stores in the UK, France, Ireland and Italy at the end of the second quarter next year.

Moreover, it is also planning a possible closure of its EU distribution centre in Rugby.