Bloomberg reported citing people having knowledge of the development as saying that the two landlords missed several deal deadlines.

As per the sources, the parties will try for mediation to see whether the deal can conclude and determine the terms for the sale. 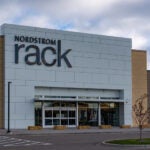 In its filing, JC Penney revealed that sale negotiations took place to change the deal price depending on the shifting timeline.

During a Bankruptcy Court hearing, the company’s lawyers revealed that Simon and Brookfield will pay about $300m in cash and assume $500m in debt.

The transaction will divide JC Penney into separate entities.

Overall, the total deal value of JC Penney will stand at $1.75bn.

The deal, if materialised, would keep the chain operational, saving 70,000 jobs.

Meanwhile, investment firm Aurelius Capital Management said it is making its own cash bid for the company.

In May, JC Penney secured approvals from the US Bankruptcy Court for the Southern District of Texas for the First Day motions after filing for voluntary Chapter 11 petitions earlier the same month.