American sports retailer Lids has expanded its store footprint with the opening of new 12,000ft2 flagship store on the Las Vegas Strip. 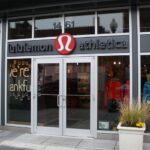 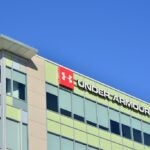 News
Under Armour posts $1.3bn in revenue for first quarter of FY23

In addition, it will feature autographed NFL, NBA, MLB, NHL, MLS, WNBA and collegiate merchandise from Fanatics Authentic and Upper Deck in a dedicated section.

The store will also feature in-store Lids’ signature Custom Zones, where consumers can custom-embroider a product of their choice.

Lids president Britten Maughan said: “Opening our newest and largest Lids store to date in the heart of Las Vegas was an obvious choice for us as the area is a shopping destination known around the world.

“The new Flagship offers ample product offerings to residents and visitors alike, no matter your team affiliation, whenever you’re shopping on The Strip. Furthermore, it’s a look at what’s still to come from Lids as we continue to expand Lids’ footprint domestically and abroad.”

The retailer also operates other concept stores including Locker Room by Lids and team-specific stores such as Yankees Clubhouse and Dodgers Clubhouse.