The move comes just a few days after the company signed a deal to acquire Home Retail Group for £1.4bn.

The supermarket chain plans to cut the jobs of 870 store trainers, and roll out about 280 senior positions in ‘learning and development management’.

The chain also stated that employees would be given an opportunity to apply for new positions. 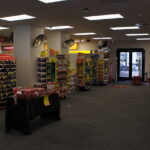 This decision is estimated to affect about 590 out of 161,000 employees working in its supermarkets in the UK.

The employees union, Unite, stated that they would campaign to reduce the number of job cuts.

Unite national officer for food and drink Julia Long was quoted by The Guardian as saying: "This is very bad news for those dedicated workers affected by the planned job losses and Unite will be giving our members maximum support at this difficult time.

"We are severely disappointed as Sainsbury’s seems to have deep pockets when it wants as it has just forked out £1.4bn to purchase the Home Retail Group.

"We appreciate that Sainsbury’s has a good record of redeployment of staff in these situations and we will be exploring every avenue to ensure continuing employment for our members."

"This is very bad news for those dedicated workers affected by the planned job losses."

Sainsbury’s stated that the latest move is not associated with the acquisition of Home Retail Group.

It was quoted by The Guardian as stating: "We’ve introduced new learning and development programmes to ensure our colleagues can continue to deliver the very best service to our customers.

"Following this we’re now creating a new management role that will provide enhanced training support across a number of stores. This position will replace the existing store trainer role."

Image: Sainsbury’s latest decision is estimated to affect around 600 employees in the UK. Photo: Courtesy of Mtaylor848 / Wikipedia