Retail sales in the US dropped by 0.3% last month seasonally adjusted from April, according to data from the National Retail Federation (NRF).

The figures, based on data from the US Census Bureau, showed that retail sales in May increased by 8.1% year-over-year (YoY).

During the month, sales fell in nearly half of the nine categories studied on a monthly basis, but were up in eight categories on a yearly basis.

Retail sales for the month, excluding sales at automobile dealers, gasoline stations and restaurants, remained unchanged from April but grew by 6.7% unadjusted YoY. 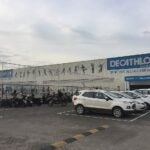 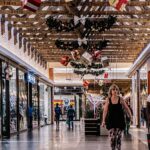 Sales for online and other non-stores dropped by 1% seasonally adjusted but were up by 8.5% unadjusted YoY.

The data also showed that sales of clothing and clothing accessories were up by 0.1% seasonally adjusted from April and 6% unadjusted YoY.

In addition, general merchandise store sales were up by 0.1% from April and rose by 0.9% unadjusted from a year ago.

NRF president and CEO Matthew Shay said: “Retail sales are reflecting Americans’ growing concern about inflation and its impact on the cost of everything from groceries to gas.

“Retailers are doing what they can to keep prices down, but we continue our call on the administration to repeal unnecessary and costly tariffs on goods from China to relieve pressure on American consumers and their family budgets.”

The numbers reported by the NRF increased by 5.4% unadjusted YoY on a three-month moving average as of May, while sales were up by 7.3% YoY for the first five months of the year.

Last month, the trade association reported that US retail sales increased by 0.9% in April seasonally adjusted from March and rose by 8.2% YoY.

Retail sales in April, excluding sales at automobile dealers, gasoline stations and restaurants, grew by 6.4% unadjusted YoY from March during the month.