In a 12-page budget submission titled, Weathering the storm: tackling the costs crisis, sent to the Scottish Government’s Deputy First Minister and interim Finance Secretary, John Swinney MSP, the trade association highlighted the challenges retailers had to face in maintaining the cost of living for customers amid the declining demand.

Among others, the SRC calls for the government to postpone its workplace parking levy for the next 18 months. 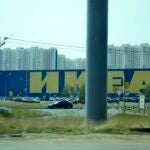 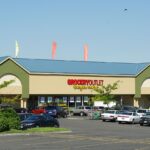 The trade association also urged the government to stop increasing Scottish income tax rates to protect less affluent workers and rule out any increase in the business rate next Spring.

Scottish Retail Consortium director David Lonsdale said: “To help Scottish shoppers and storekeepers’ weather this storm we are suggesting concerted action to pep up consumer confidence and to cut the cost of doing business.

“It’s imperative the upcoming Scottish Budget is used to bolster shops and shoppers ahead of the economic tempest. In particular, the focus should be on protecting less affluent workers from income tax rises and shielding retailers from a further hike in the business rate.”

SRC’s submission comes prior to the expected publication of the conclusions of the devolved administration’s emergency budget review and the introduction of tax as well as spending plans for 2023-24 later this autumn.

With 233,000 jobs, retail sector is claimed to be the largest private employer in Scotland.

Last month, SRC revealed that total sales in the country grew by 4.4% in June compared with a year earlier.