UK-based multi-channel value retailer The Works has significantly lowered its expectations for the fiscal year 2023 (FY23).

In its trading update for the first quarter (Q1) of the fiscal year 2022 (FY22), the retailer reported that its total like-for-like (LFL) sales had declined by 2.5%.

For the 13 weeks to 31 July, The Works’ store business generated a LFL sales growth of 1.4%, despite being affected by a strong comparative with May last year.

The company’s online LFL sales declined by 28.6% in Q1 2022, affected by a cybersecurity incident at the end of March. 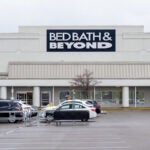 Despite reducing its FY23 outlook, The Works anticipates a stronger underlying earnings before interest, tax, depreciation and amortisation (EBIDTA) result for FY22.

The Works CEO Gavin Peck said: “We delivered a strong performance in FY22 and will report a better-than-expected profit, as well as reinstating the payment of a dividend.

“Since the start of the financial year, we have faced the residual effects of the cybersecurity incident and increasingly challenging trading conditions.

“The progressive recovery of store trading throughout the period is reassuring and we are pleased with the resilient performance delivered considering the lower consumer confidence.”

The Works has updated its underlying EBITDA to approximately £16.5m, up from the previous expectation of £15.0m issued on 20 May.

It expects its sales to continue growing for the remainder of FY23, but lowered its expectations for the full year.

In a statement, the company said: “Whilst we still expect to be able to grow sales in the remainder of FY23, it is uncertain whether the level of growth will be in line with original expectations and that which is required to offset cost headwinds such as historically high freight costs, which are showing little sign of abating in the short term, as well as increases to the National Living Wage.”