A report by the Environmental Investigation Agency (EIA) and Greenpeace UK has shown that the top ten supermarkets in the country produce 810,000t of single-use plastic every year.

Five of the supermarket chains have not committed to any plastic-specific reduction schemes.

EIA and Greenpeace surveyed and ranked the plastic habits of top supermarket chains in the UK such as Asda, Iceland, Lidl, Morrisons, Iceland, Sainsbury’s, M&S, Tesco, Co-op, and Waitrose. 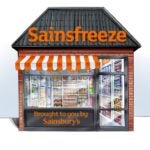 Tesco is ranked as the biggest producer, with 261,204t of single-use plastic placed on the market, while Iceland and Aldi followed with 14,000t and 12,000t per 1% market share, respectively.

“Only 50% of supermarkets such as Asda, Iceland, Lidl, M&S, and Morrisons have plastic-specific reduction targets.”

However, Waitrose and Co-op maintained the lowest plastic footprints of the supermarkets.

The study identified that only 50% of supermarkets such as Asda, Iceland, Lidl, M&S, and Morrisons have plastic-specific reduction targets.

In a move to address this issue, EIA and Greenpeace are calling on retailers and supermarkets to set annual targets to reduce the usage of single-use plastic, eliminate unnecessary and non-recyclable plastic packaging by 2019, and publish yearly audits of usage. They also want supermarkets to take measures to eliminate most commonly littered items and hold suppliers to account on single-use plastic.