US-based sports equipment company Under Armour has reported that its revenue for the three months to 31 March grew by 3% to $1.3bn from a year earlier.

During the period, the company’s wholesale revenue rose by 4% to $829m, while revenues from its direct-to-consumer and e-commerce sales increased by 1% and 2% respectively.

Under Armour saw its revenue rise by 4% to $841m in North America during the quarter, while its international revenue increased by 1% to $456m from the prior year.

In Europe, the Middle East and Africa (EMEA), the company registered an 18% growth, while its revenues in Asia-Pacific and Latin America decreased by 14% and 6% respectively. 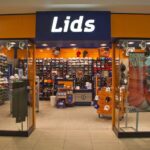 The retailer reported an operating loss of $46m, while its adjusted operating income was $11m.

Its net loss and adjusted net loss for the quarter were $60m and $3m respectively.

Under Armour president and CEO Patrik Frisk said: “Having successfully executed a multi-year transformation and after delivering a record year in 2021 – we are continuing to serve the needs of athletes amid an increasingly more uncertain marketplace.

“As global supply challenges and emergent Covid-19 impacts in China eventually normalise, we are confident that the strength of the Under Armour brand coupled with our powerful growth strategy positions us well to deliver sustainable, profitable returns to shareholders over the long-term.”

For FY23, Under Armour forecasted its revenue to increase by 5-7% against a comparable baseline period of $5.7bn.

The company also expects an operating income of between $375m and $400m compared with the prior year.

Earlier this year, Under Armour reported that its full-year revenue for FY21 grew by 27% to $5.7bn compared with the previous year.