US-based multinational retailer Walmart has reported revenue of $141.6bn for the first quarter (Q1) of the fiscal year 2023 (FY23).

This figure represents a 2.4% increase from the same period of the previous year.

Walmart’s revenue for the three months to 29 April increased by 2.6% on a constant currency basis.

Comparable sales for the company’s US business grew by 3.0% from a year earlier and 9.0% from the same period of FY21. 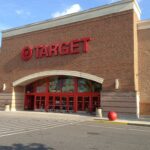 The retailer’s e-commerce growth in the country for Q1 was up by 1% from the previous year and 38% from two years earlier.

During the quarter, Walmart International’s net sales declined by $3.5bn to $23.8bn, representing a 13.0% decrease.

The business’ international sales were negatively affected by $5.0bn from divestitures and $0.4bn from currency fluctuations.

Sam’s Club, a chain of membership-only retail warehouse clubs under Walmart, saw its comparable sales increase 10.2% from Q1 2022 and 17.4% from two years previous. The Club’s membership income rose by 10.5%.

Walmart’s operating income for all its businesses was $5.3bn, down by 23.0% from the previous year, while its consolidated gross profit rate also dropped by 87 basis points during the year.

Walmart president and CEO Doug McMillon said: “Across our businesses, we had a strong topline quarter. We’re grateful to our associates for their hard work and creativity.

“Bottomline results were unexpected and reflect the unusual environment. US inflation levels, particularly in food and fuel, created more pressure on margin mix and operating costs than we expected.

“We’re adjusting and will balance the needs of our customers for value with the need to deliver profit growth for our future.”

For the full year, Walmart expects its consolidated net sales to increase by approximately 4% and its EPS to drop by around 1%, both on a constant currency basis.