The company is being sold as part of an auction process led by investment banking and financial services firm Goldman Sachs. 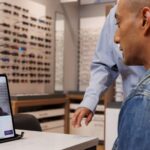 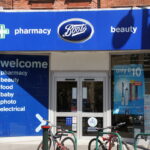 This business could also draw interest from TDR Capital and the Issa brothers, as well as a consortium of CVC Capital Partners, Bain Capital and Apollo.

Sycamore Partners, Bain Capital, Apollo and CD&R declined to comment, while TDR and CVC were not available for comments.

Reuters reported that Boots could be valued at up to £8bn ($10bn).

The company operates more than 2,200 stores across the UK under various brands, including No7 Beauty Company, employing around 51,000 people in total.

It also operates in Ireland, Norway, the Netherlands and Thailand.

The divestiture would end the WBA, which was formed in 2014 after Walgreens took over Boots.

Besides the sale, Walgreens is reportedly considering an initial public offering (IPO) of Boots if it fails to secure a buyer.

The company has backed Boots since 2012.

CD&R had initially planned to combine its supermarket chain Morrison’s with Boots if a bid for Boots was successful, but this has been blocked by the Competition and Markets Authority (CMA).

The CMA is currently reviewing CD&R’s takeover of Morrison’s, which was announced in October last year.

The company generated an operating income of $1.3bn in Q1 2022 after registering a loss of $535m in the same period of last year.