French sporting goods retailer Decathlon has become the latest company to suspend its operations in Russia following the country’s invasion of neighbouring Ukraine.

The move comes after several international brands, including McDonald’s, Starbucks and Shell, have withdrawn from Russia amid mounting sanctions placed on the country.

In a statement, Decathlon said that it will pause its activities in the country due to supply chain difficulties. 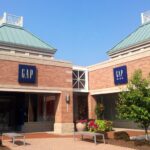 The company said: “In strict compliance with international sanctions, Decathlon notes that the supply conditions are no longer met to continue its activity in Russia. Decathlon has to suspend the operation of its stores.”

The retailer added that it will continue to offer support to its 2,500 employees in Russia, some of whom have worked for the company for more than 15 years.

In addition, its solidarity unit in Poland is consolidating €2.6m ($2.9m) worth of equipment and essential items to local non-governmental organisations (NGOs).

According to a Reuters report, Decathlon imports the majority of the products it sells in Russia.

The retailer currently operates 60 stores in the country.

Founded in 1976, Decathlon has more than 1,600 stores across 69 countries. The company’s product portfolio includes sportswear, clothing and sporting gear.

It is owned by the Mulliez family, which is also an investor in food retailer Auchan.

This week, Auchan said that it would continue to operate in Russia despite the current circumstances. The retailer currently has 231 stores in the country.

Auchan chief executive Yves Claude said the retailer fears losing assets or exposing local managers to potential legal troubles if it were to suspend operations in the country.

The company received criticism from Ukrainian President Volodymyr Zelenskyy for this stance.