Heathrow Airport is expecting to lose 2,000 retail jobs as the UK Government plans to remove tax-free shopping for international tourists.

The airport, which saw its passenger numbers decrease by 88% in November this year, is calling for government support to protect jobs.

It is also urging the abandoning of the ‘tourist tax’ and full business rates relief for all UK airports.

The UK Government announced plans to end VAT-free shopping for international visitors at the end of this year. 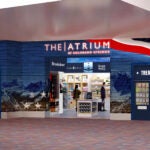 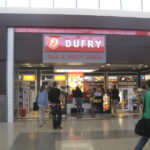 The decision if implemented will make UK the only country in Europe not to offer tax-free shopping for foreign tourists.

Heathrow CEO John Holland-Kaye said: “2021 should be the year of Britain’s economic recovery.

“But recent announcements, such as the tourist tax, could be the final nail in the coffin for struggling businesses such restaurants, hotels and theatres that rely on inbound tourists, as well as for retailers.

“To make Global Britain a reality, the government should be helping the aviation sector to survive, to develop routes to our key trading partners, and attract businesses and tourists to come to Britain to spend their money.”

The VAT Retail Export Scheme (VAT RES), enables international visitors in UK to reclaim the VAT they pay on goods purchased but not consumed in the UK.