Swedish homeware retailer IKEA has opened a store in the Indian state of Karnataka as part of its expansion efforts in India.

The Economic Times reported that the company’s store in Nagasandra, Bengaluru, is its largest in the country, covering a 460,000ft² area.

The large-format store will house more than 7,000 home furnishing products and 65 room sets for ideas and inspirations. 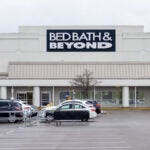 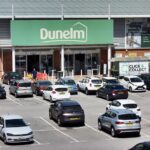 It will also feature ‘Smaland’, a children’s play area, as well as a 1,000-seater restaurant and bistro providing a mix of Swedish and Indian delicacies.

Other services offered by the store include remote planning, a personal shopper and a Click & Collect service.

IKEA India CEO and chief sustainability officer Susanne Pulverer was quoted by LiveMint as saying: “We have a long-term commitment to Karnataka to create a positive impact on the local economy through our business.

“With our growing retail presence, IKEA India will be a strong contributor to increasing the overall home furnishing market.

“It will give opportunities for a growing eco-system for the whole industry, including growing people and skills, we continue to stand by our vision to create a better everyday life for the many people.”

IKEA is sourcing around 25-27% of its products for the new store from five local suppliers in Karnataka, with plans to increase this to 50% in the long term.

The Nagasandra store is IKEA’s fourth store in India, with the retailer having previously opened stores in Hyderabad, Haryana and Navi Mumbai.