The sale comes after JD Sports agreed to acquire Footasylum for a total consideration of around £90.1m ($110m) in 2019.

JD Sports was forced to sell the business and its associated subsidiaries for £37.5m instead, after the UK’s Competition and Markets Authority (CMA) blocked the takeover due to concerns of it breaching merger rules.

The transaction is expected to conclude in the next few weeks with no conditionality. 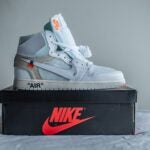 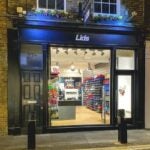 In a statement, JD Sports said: “The sale has been agreed in accordance with the final undertakings issued by the Competition and Markets Authority (CMA) on 14 January, following its decision to prohibit JD’s acquisition of Footasylum last year.

“JD has cooperated with the CMA throughout the divestment process, including ensuring that the purchaser was acceptable to the CMA and met certain key criteria set out within the final undertakings.”

JD interim CEO Kath Smith said: “I would like to sincerely thank the teams at Aurelius and Footasylum who worked collaboratively with the CMA to agree this transaction.

“We wish both parties every success for the future.”

The CMA launched its investigation into the JD Sports-Footasylum deal in September 2019 over fears of reduced competition.

Earlier this year, the competition watchdog fined both companies a total of almost £5m ($6.7m) for sharing commercially sensitive information during its investigation.

Footasylum reportedly operates a network of 63 stores in the UK, while JD Sports has 3,400 store locations across the UK, North America and other markets.

The regulatory body provisionally found that Elite Sports and JD Sports had fixed the retail prices of several Rangers-branded replica kits and other clothing products.