The five-day working week may become a footnote in our history of industrialisation, like child chimney sweeps once common in the UK.

With the dawn of the fourth industrial revolution on the horizon, evidence from think tank Autonomy points to automation as a way to shorten the working week.

It says this will help us, the workforce, be less tired, less stressed and in general healthier.

Autonomy also claims automation and a shorter working week will lead to a more sustainable economy and a healthier planet, which are currently overburdened by our materialistic and throwaway lifestyles. 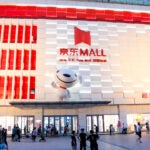 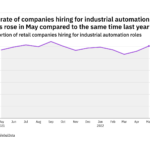 But there is the risk that unless pay stays the same while automation takes over, the benefits of maximising productivity will go to profit-sharers and not the workers.

Autonomy said in its report: “The UK economy is badly in need of a technological update and we suggest that the integration of automation devices can if managed correctly, facilitate a shorter working week for workers. Thus, we must consider how automation can be a promise and not a threat.”

A prosperous and not dystopian fourth industrial revolution

Machine learning and cognitive technologies can now complete even non-routine jobs, which is why Autonomy points to researchers saying automation is ‘different this time’.

There is also greater awareness of the risks to the planet caused by materialism and to society by a culture of long working hours.

“Whether the 4th industrial revolution and its implications for the future of labour happen as many predict or not, the issue of catastrophic climate and ecosystem breakdown is real and upon us now,” Clive Lewis MP for Norwich South commented in Autonomy’s report.

He continued: “The science tells we have around a decade to take radical action. Fail to do so and the implications for global civilisation are grim. Working fewer hours, reducing consumption for its own sake, expanding our free time, improving ourselves and moving towards a more post-material society may be all that stands between a prosperous future and a dark, dystopian one.”

We, the workforce need automation

Comparing the number of workers who say their job requires them to work hard in 2017 (46%) to numbers in 1992 (32%) shows that the speed and intensity of work in the UK economy is growing, and, says Autonomy, automation is a way to reverse the trend.

Its report, The Shorter Working Week: A Radical and Pragmatic Proposal said: “The shortening of the working week – without a loss in pay – has been a demand (and achievement) of workers’ movements, the ambition of enlightened employers, the utopia of intellectuals, and the prediction of economists for well over one hundred years.”

Society can benefit from improvements in the bigger picture too, with Autonomy’s bigger claim that a shorter working week is key to more sustainable economic prosperity.