In an interview with Verdict’s digital magazine Verdict AI, Alex McMullan, CTO, EMEA at Pure Storage, said that advances in artificial intelligence had caused him to dramatically reduce the time he expected it to take for such intelligent machines to develop.

“But I think the rate of change within the last five years with all that hardware and software development and the rise of the collaborative side of that theme, it’s become a much more realistic prospect.”

While we are not there yet, McMullan argues that advances in what is known as narrow AI – artificial intelligence that has a relatively small scope of capability – is significant. 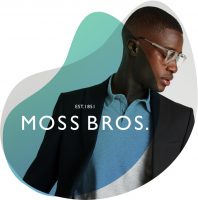 “If you look at singularity theory, I think genuinely we’re already at reasonably good narrow AI,” he says.

“I don’t just mean the autonomous driving cars – I mean we’ve been doing aeroplane autopilots for quite a long time in a very closed system.”

Where we are currently seeing advances is in the move towards more general AI, where machines can react to unexpected or out-of-the-ordinary scenarios.

“It’s the branch between narrow and general AI that is basically how the machine responds to unexpected events that it didn’t get programmed for,” he said.

“A large part of that is memory. And as we have bigger and bigger storage systems, and higher and higher-performing networks with that better software, machines learn more by remembering more, and that’s the natural tipping point.”

While science fiction has long promised the appearance of intelligent machines that look and behave like humans, McMullan is keen to stress that the reality will be quite different.

“I don’t think we’re ever going to get to that Mr Data or Terminator 2 kind of thing with a man,” he said. “An intelligent machine is not going to be like us, only smarter.”

Instead, these kinds of machines will be assistants that don’t look human but have highly sophisticated capabilities and skills.

“It’s just going to be a massively capable partner,” he said. “And I think that’s a much better utopian vision as well, frankly.”